I need about 24 hours to just sleep. To have NO plans, nowhere to be, and to just be in my bed sleeping, resting and catching up on the 4 seasons of Breaking Bad that we’re behind on. (seriously, we’re only 5 episodes in on Season 1. I had never heard of it being such a great show until this year so I never put thought into watching it) I literally NEVER get to do this anymore and one of them is my own fault. On my days off, which are not consecutive days off 95% of the time, I COULD choose to lay in bed all day, but knowing I have to go back to work the next day means I want to be productive. It’s a vicious cycle because now I am so behind on sleep and relaxing and I can’t stand feeling like this. I am the grumpiest, moodiest, most awful person to be around when I lack sleep. So it comes as no surprise to me that this morning I overslept by an hour and ended up having to cut my run short (only 9.5 instead of 11 which isn’t a huge deal, but if you’ve trained for a half marathon then you know… that 1.5 miles feels like 100). My stomach was off (due to lack of sleep) and I was just so exhausted I wanted to scream. The fact that I pushed myself to run at all feeling this way is a sign that I have gained mental strength!

Last night we started my carb-loading off the way we always do: pizza and froyo. Here’s what the delicious pizza looked like: 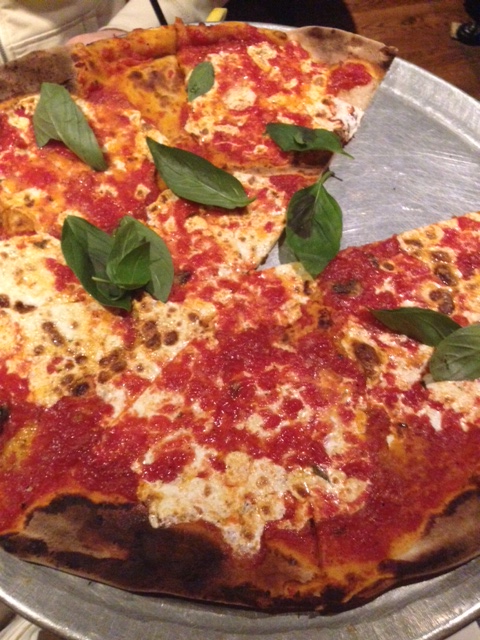 Here’s what it looks like when you’re lactose intolerant: 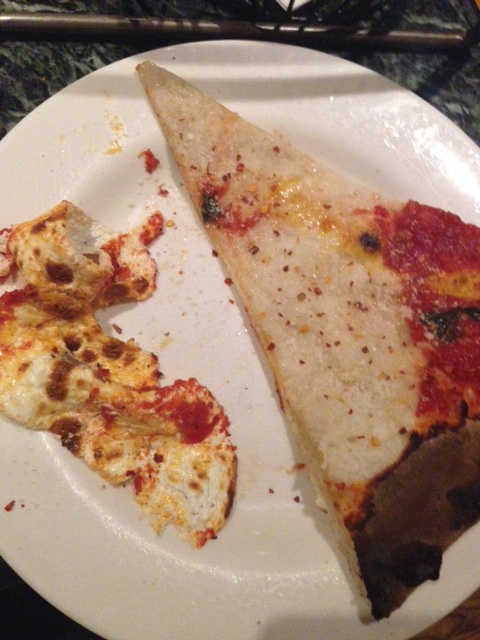 You may wonder why the hell I still bother to eat it like this but honestly, the dough and sauce are the best parts to me! Not to mention how many calories I save by taking the cheese off. I also get a side of marinara or spaghetti sauce to dip. It’s reeeeaaallll good, but yes- I do miss the cheese a little.

Froyo time at my new favorite froyo place. Orange Leaf is the bomb.com! 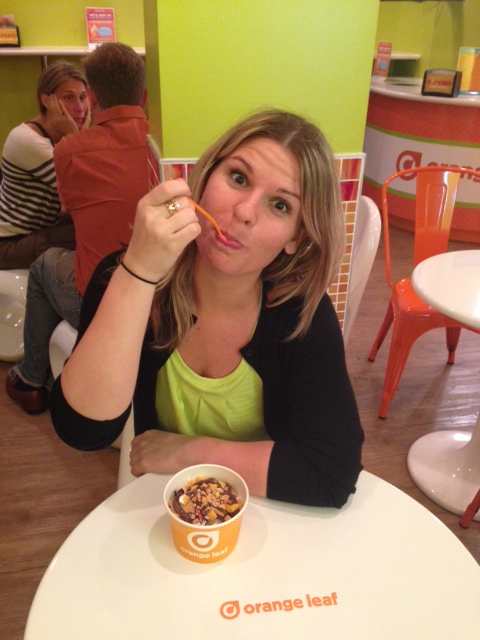 Isn’t it awesome that I match the wall? I’m pretty pumped that they already had pumpkin and gingerbread flavors out!!! I got both topped with nilla wafers, graham crackers, shredded coconut and Nutella. Byyyyyyyye.

Woke up an hour late so rushed around and had my half a banana with vanilla almond butter and coffee to go. 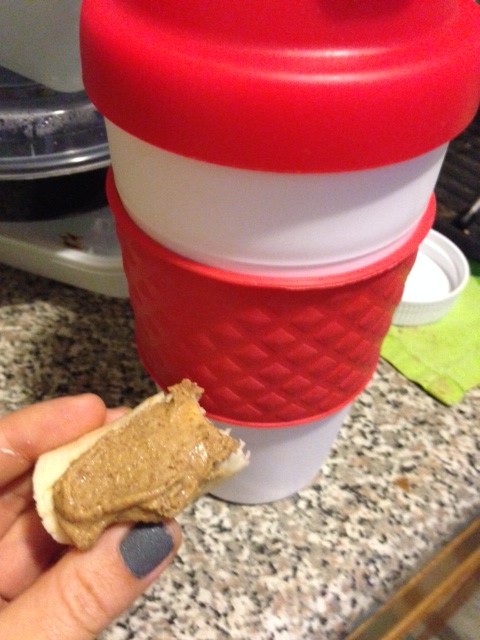 It took me an hour to get to my gym because early morning weekend train schedules? FUGGEDABOUTIT! I was SO tempted to just go back up the stairs and back to bed, but I somehow stuck around for the 35 minutes waiting for the A train to arrive.

It was muggy out, I felt dehydrated, my stomach was pukey but also growling (WHY does it do that) but finally I made it to 9.5 miles. 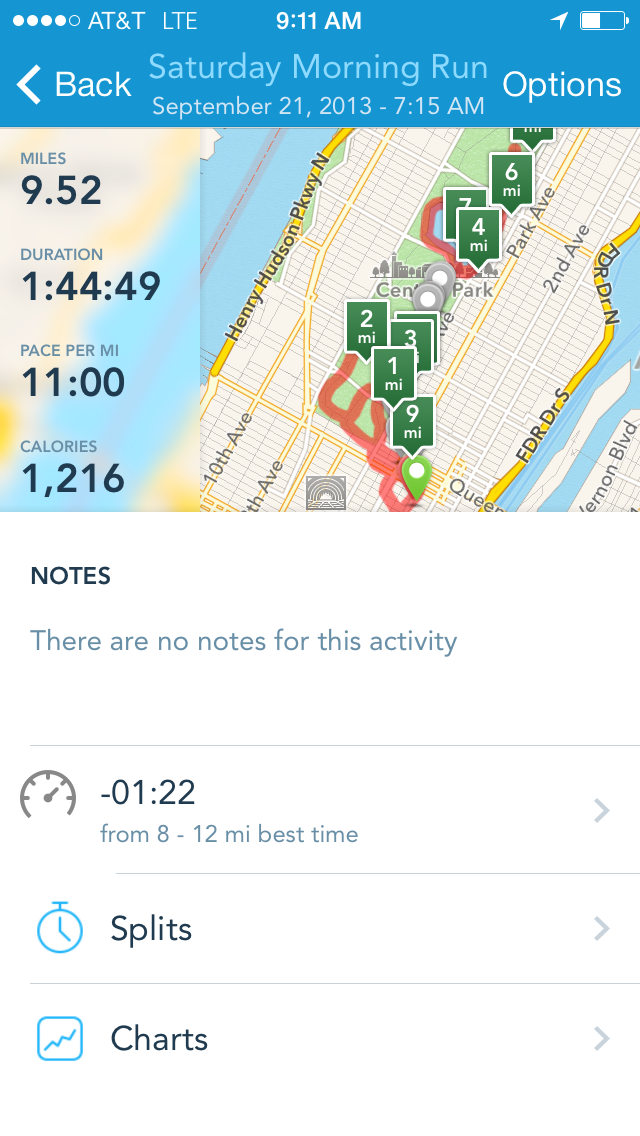 I had exactly 15 minutes to be showered and ready to go to work to begin my 12 hour day. On a Saturday. YEP, so fun.

Clearly not the best day and just in its entirety, this week sucked. Go easy on me upcoming week, can ya?

Hope you’re having much better days that involve a great workout, good food and not working! 🙂