Ahhhh I am sorry for being MIA again! I had the last week off from work and had a few small fun trips planned with John to spend time with friends and family. We had a really great time and about 10 pounds extra to show for it. That is not an exaggeration either. Vacation = food, food, food. But now I need to really get my butt in gear and back in shape! This post is going to be long and picture over load, just as an FYI, but that isn’t much different than most of my posts 😉

Our first stop last weekend was to go upstate to see our families. Saturday I got in first and John a little later so we could each spend only $1 on our bus tickets. Megabus for the win. I waited at this new coffee shop in downtown Binghamton that I was SO impressed by. Seriously why did this not exist when I still lived there? Brewed Awakenings is huge and so, so cheap compared to NYC coffee shops. $4 for a huge iced soy coffee and pumpkin muffin. You’re lucky to find just an iced coffee for under $4 in NYC!

My brother then picked me up in style. He drives for my Uncle’s limo company and had just finished a wedding near where I was. 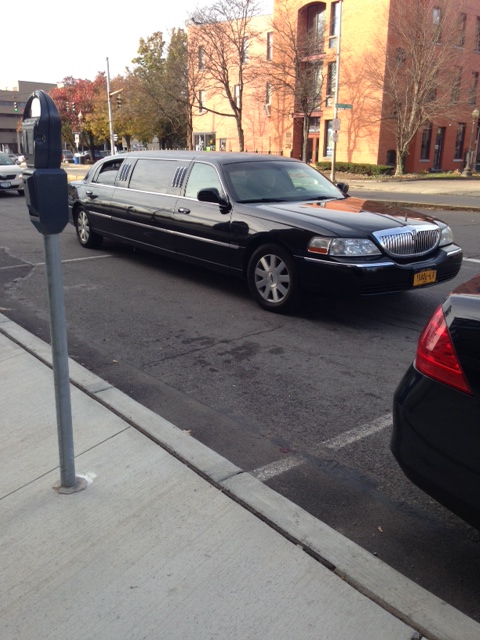 The rest of Saturday included going to a Binghamton Senators hockey game with some great family friends. I don’t like sports much but hockey is pretty cool to watch, and we ended up having a blast. Plus they have great pretzels.

Sunday morning was spent watching TV and drinking coffee in bed with my brother and John. That sounds really weird, I know, but it’s actually the greatest thing ever. My favorite guys!

Then John and I went to spend the rest of the day and night with his mom. We stopped at Texas Roadhouse for lunch, did some shopping, then went back to her house and proceeded to eat half a pan of apple cobbler. Not a joke. It is the best dessert I’ve ever tasted.

Monday morning I ran 4 miles and walked 3 with John and his mom’s dog Lola. It was freezing but felt good to work off some of that cobbler! John got a new fancy camera so these next few pictures will actually be enjoyable to look at, unlike my awful iPhone pictures. 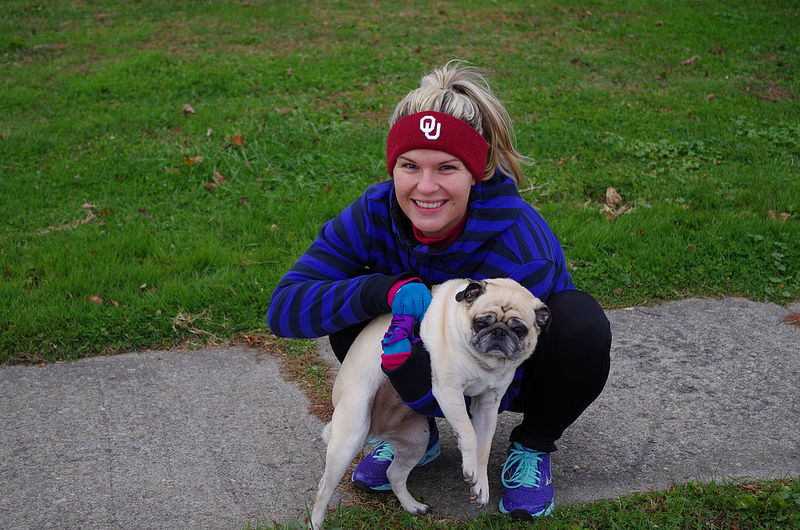 Before we left Monday night, John’s mom made us pasta and we polished off the rest of the cobbler with no shame.

I am going to attempt to recreate that cobbler on Thanksgiving!

We got back to the city late Monday night, slept in Tuesday and then I had a dentist appointment. We got a really early dinner and spent the rest of the night shopping before coming home to pack for our overnight to Boston. I will post about Boston tomorrow since I have overloaded you with pictures today and mostly because the food in Boston deserves its’ own separate post!