I hosted and cooked my first Thanksgiving yesterday for my best friend Brenda, her boyfriend Eddie, John and I and it went even better than I expected! Granted Thanksgiving food is relatively easy to make, but I really don’t cook so I was just hoping for the best!

I started off the day with a long workout to make room for the food. I ran 6.5 miles that felt really, really good and then practiced spin for awhile. Had a huge burn that put at least a little dent into all the butter and sugar I consumed last night 😉

Once I headed back to my apartment, I got right into cooking. Living in NYC means we have a very small kitchen but ours is actually big by NYC standards. It was still difficult to only have very small counter space but I made it work. First thing I made was my grandma’s delicious sweet potatoes. The recipe is actually my Aunt Judy’s, who is the most delicious cook EVER, but my grandma would make it for me every year and sometimes when I just was craving it. They are SO easy to make and are basically a dessert but they make your turkey and other sides taste so much more delicious. 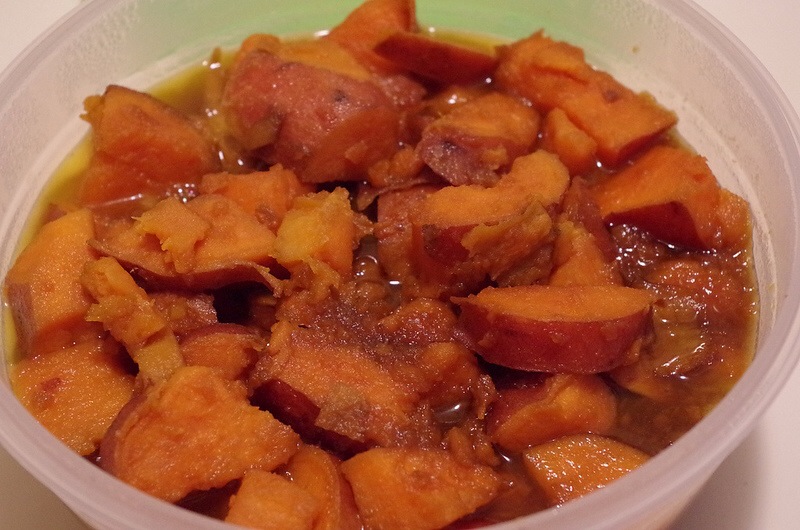 All you need to make these is anywhere from 4-7 sweet potatoes depending on how many people you’re feeding and how big the potatoes are. I bought the bag of organic sweet potatoes at Trader Joe’s which comes with about 6 medium sized potatoes. Just peel them (I didn’t even peel all of them) and then cut into chunks this size. Put them in a pot and cover with water and sea salt, then bring them to a boil. Lower the heat and then just cook until they are fork soft. You don’t want them to get mushy! Once they are fork soft, drain them put them to the side. In that same pot, melt either a stick of butter or 8 tablespoons butter substitute (I used Country Crock). Then add 1/2 bag brown sugar. I used the organic brown sugar bag from Trader Joe’s, not sure of the ounces, but I dumped in half of the bag and it was PLENTY!

My second favorite Thanksgiving dish is green bean casserole. This is such an easy dish to make super healthy while compromising no taste at all. I used about 6 cups of fresh green beans, not chopped but pulled apart so they aren’t super long. Put those along the bottom of a glass casserole dish. Mix together 1 can of 99% fat-free Campbell’s cream of mushroom soup, 1/2 cup milk, 2/3 cup fried onions and some black pepper. I actually had to use unsweetened vanilla almond milk because I had no regular milk on hand! Couldn’t taste it all, plus only added 15 calories. Pour that mixture over the green beans and then pour more fried onions on the top. Oven at 350, bake for 40 minutes.

And last but not least… the turkey. Sorry I’m not sorry but I don’t have the patience that it takes to cook a turkey. Way too much work and I wanted to be able to enjoy my Thanksgiving morning with a long workout, so last weekend we decided to book a turkey at Popeye’s. Yes, the fried chicken establishment. A fun fact is that John eats there at least once a week, and somehow he isn’t obese. Anyways when he suggested it I laughed in his face but after some research we found out that it’s a pretty popular choice here in NYC and a lot of people gave it great reviews. They flash-fry it, roast it then freeze it so when we picked it up on Monday we just put it in the fridge to thaw out all week. Pop it in the oven for an hour and a half, then die of happiness when you take your first bite. Best turkey I’ve EVER eaten.

Now on to the desserts. Brenda my love brought over Muddie Buddies, cause she’s freaking awesome. We munched on those until the real desserts were ready. First up was my first attempt at John’s moms delicious apple crisp. Very basic and simple ingredients, but be prepared for an arm workout when mixing! I will post the recipe tomorrow actually because I don’t have it with me at the moment. 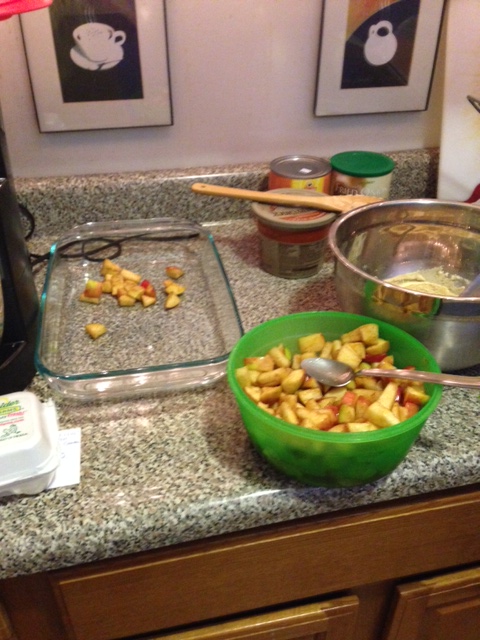 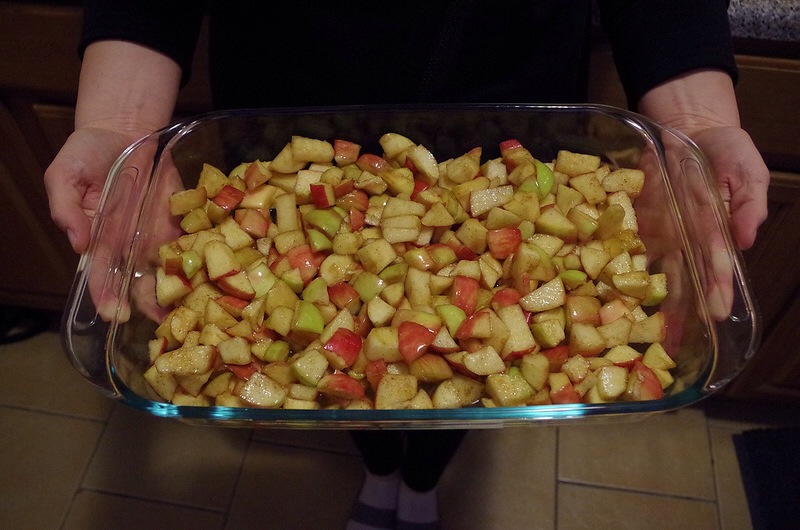 I also whipped up some last-minute muffins. The idea popped in my head earlier yesterday when I went into the store to grab eggs and saw chocolate chips and butterscotch chips on sale. Pumpkin butterscotch raisin muffins. I went to the cake aisle to get a box of spice cake mix and then saw carrot cake and realized that would be even better. These are easy and so so delicious, but they come out REALLY moist and they’re hard to travel with unless you don’t mind an already crumbled muffin. I used:

I didn’t have one last night because I would have exploded but I took a small bite of one that I sent home with Brenda and Eddie. A whole one is about to be my afternoon snack 😉

Amidst all these food pictures we totally forgot to take pictures of us! We had an awesome time though like we always do. They are my favorite people in the world to just lounge with. Comfy clothes, tons of food, Wedding Crashers, and just good conversation. I love my peoples ❤

The holidays are still quite hard for me as it’s only my second one without my grandma and family, but creating new traditions is SO important and I intend to host Thanksgiving every year now!

Have you ever cooked/hosted Thanksgiving?

How WAS your Thanksgiving? Favorite dish?